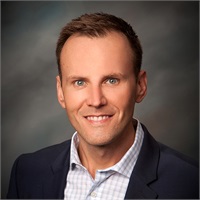 Jared Coffin joined Privada Wealth Management in 2017 as a Technical Analyst.  He is a Chartered Market Technician® and a Certified Financial Technician®.  In addition, he has attained the Life and Health Insurance and Variable Annuities license through the State of Florida.

When asked what attracted him to join the Privada Wealth Management as a Financial Planner, Jared responded: “It began with a curiosity about investing that quickly became a passion. What I discovered is that too many people are unaware of the risks they are exposed to and the methods we can apply to mitigate those risks. As a Technical Analyst, I can create strategies tailored to the individual.”

Mr. Coffin was raised in Central Florida and attended Forest Lake Academy in Apopka.  He received his certification as an Emergency Medical Technician from Valencia Community College. He then spent six years working in the Hollywood film industry and was on the set of many movies you may be familiar with. Mr. Coffin spent many years as a competitive cyclist, also mastered Brazilian jiu-jitsu, and various other mixed martial arts.  Although he no longer competes at that same level, he still enjoys staying active outdoors. Recently his focus has been on learning computer programming languages such as Python and EasyLanguage.  Although completely different from the athletic activities he used to compete in, he has a passion for technical and quantitative analysis. These programming languages allow him to process data at speeds not possible without this skill due to the complexities of dealing with large amounts of data.