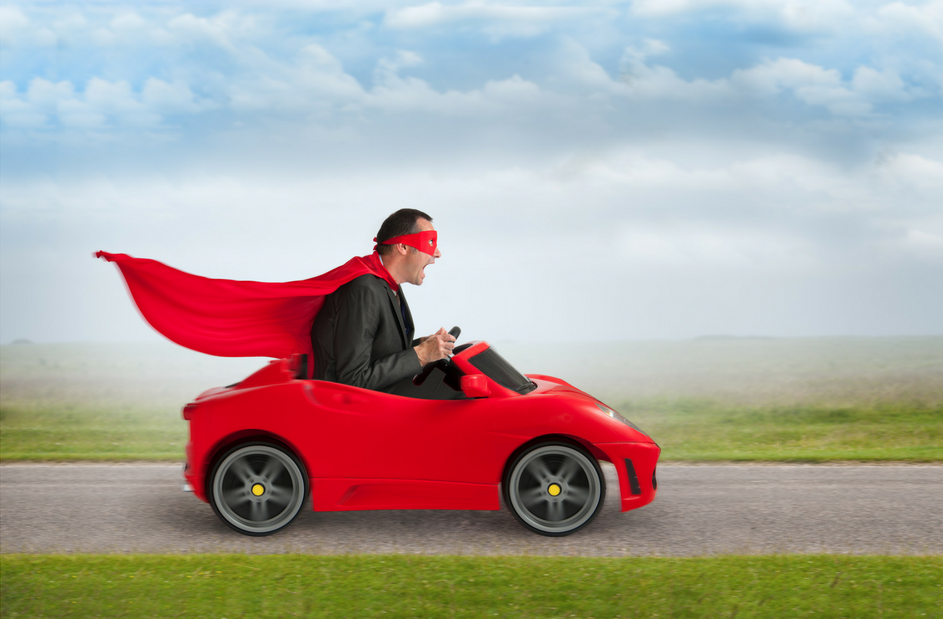 Perhaps you've heard that President Donald Trump is proposing aluminum and steel tariffs on all foreign imports to the United States of America. There's a couple things that I'd like to talk about when it comes to this policy.

On my way to work today, I marveled at my new car, with its virgin steel and vulcanized rubber. I realized that my car has a lot of ability to drive itself. There's an adaptive cruise control to where if I'm not looking up, it will automatically slow down for me and match the speed of the car in front of me.In fact, it works best in stop and go traffic because it will come to a stop and restart while I watch cat videos on Facebook. I also have a lane departure program where it will literally correct the steering wheel.It does this with seven billion calculations per nanosecond with the cameras and computers onboard my car. Those seven billion computer decisions are far superior to my distracted, video-addled brain. I don't know how I ever survived when I had to think and drive all by myself.

I hate to brag, but I'm a much better driver than my four-year old daughter. We got her one of those electric kid cars, and she's a terrible driver. First, she only goes full speed or not at all. There's no slow or medium. It's always peddle to the metal, or in this case, plastic. And her steering is terrible. When I tell her to steer, she simply takes the steering wheel and pulls it hard left and hard right, gleefully giggling, crashing into rose bushes in our driveway.

I would say that every time the government decides that it's going to go in one direction, they're driving not like my state of the art virgin steel and vulcanized rubber artificially intelligent automobile, but rather they are driving like my daughter. Every election cycle they economically pull hard left or hard right.

Seven Billion to One

Here's what I mean. Donald Trump is one man. Love him, hate him, doesn't matter. One person cannot make the decisions for a country of 360 million. Or, for that matter, one man deciding the trade relations for seven billion. Seven billion versus one. I would compare it to my daughter driving a car versus a computer driving my car, or at least helping me drive my car.

This isn't a pro-Trump or anti-Trump blog. Trump wants a tax on virgin steel, and Democrats call him a fascist. In 2011, Obama decided to place ever-increasing tariffs on Chinese tires. Republicans called him a socialist. Guess how that turned out. According to smart people, it helped saved about 1,200 jobs in the manufacturing business, if we are being optimistic. However, it also cost 4,000 jobs in the retail sector. But wait, there's more. China decided to slap the chicken industry with retaliatory duties that cost that industry a cool $1 billion. Thanks Obama!

But this time it will be different. After all, trade wars are fun and easy to win. That's true. It makes the candidate look good to his base of supporters. Both parties know that the Rust Belt states will determine 2018 and 2020 elections. It will be different, in that unintended consequences are sure to make the negative outcomes hard to predict. Tire tariffs hurt the chicken industry. Once the steel and aluminum tariffs are placed in effect hilarity will ensue.

Is it advisable, when one candidate or political party creates pricing penalties for an entire nation and ultimately the planet? Or should each of us make decisions that make sense to us from our individual perspective? As a business owner, I will purchase my virgin steel and vulcanized rubber from the source who has found a way to provide the highest quality at the lowest price with the greatest efficiency. That may be a developing nation whose people are bootstrapping their way out of a subsistence lifestyle. That may be the good old USA as it applies new technology to an old industry.

The freer the market, the greater the innovation. The greater the innovation, the wealthier all nations become. And wealthy nations are too fat and happy to start unnecessary wars. I'm reminded of the words of attributed to Frederic Bastiat said, "If goods are not allowed to cross international borders, soldiers will." Let's choose the free market, innovation and the wealth of nations. It won't be predictable, equitable or controllable. Progress rarely is.

By now you're asking, "So what?" There are several actions you must do to maximize your chances of success regarding your personal finances and retirement planning: