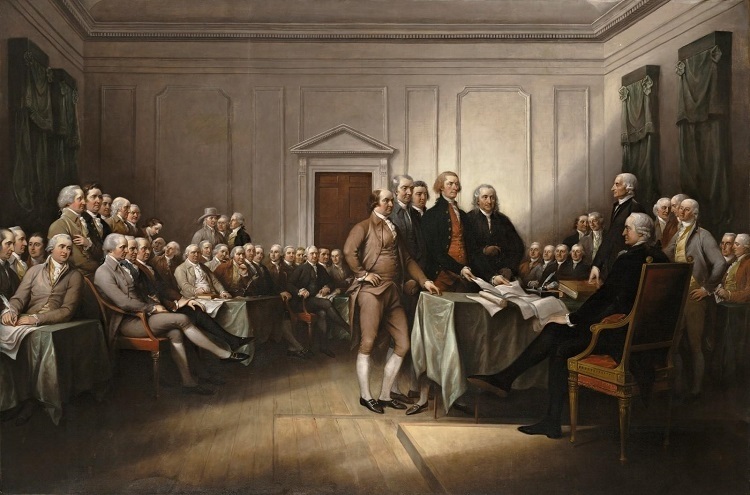 You may have heard of Thomas Jefferson in history class. He did a few things to help get the good old US of A up and running. What you may not know is that he was one of those conspiracy theorists. I don't know if they had tin foil back in olden days but if they did he'd probably make a hat out of it. Get a load of this quote:

"If the American people ever allow private banks to control the issue of their currency, first by inflation, then by deflation, the banks and corporations that will grow up around [the banks] will deprive the people of all property until their children wake-up homeless on the continent their fathers conquered." Source

Perhaps Tom spent too much time on the internet or just had an anxious disposition. But for some reason he saw the ability to control the issue of currency as simply too much power. He predicted inflation, then deflation, then homelessness. I bet he wasn't much fun at parties.

Anyway, let me know if you agree or disagree with this Jefferson character. Click here to discuss further.