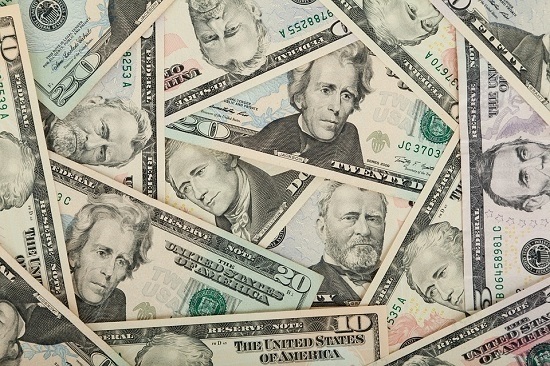 The Velocity of Money  Episode 1: A New Hope

I started my career in the financial world in 2005 at what was then AG Edwards. Naive and idealistic, I devoured the standard text to pass my Series 7 securities licensing. Because I'm a nerd, many of the broad concepts were familiar to me, but there were several arcane topics that I found fascinating. I remember reading about CMO's, collateralized mortgage obligations. What a brilliant idea to package all of these bonds together! What could possibly go wrong. Turning the page, I learned about Fannie Mae, Freddie Mac and Sallie Mae. They issued debt with the implied backing of the US Government. Sounds like a deal to me! (In case you're wondering, dear reader, that's sarcasm in my voice)

The Velocity of Money in Theory

One of the key concepts of macroeconomics is the velocity of money. In a nutshell, central banks print new money out of thin air. The money becomes a loan from Bank A. The loan becomes the purchase of product. That purchase becomes a profit. That profit is deposited into Bank B. Then Bank B makes a loan from that deposit. This virtuous cycle repeats at a certain speed. That speed is called the velocity of money.

When the velocity is slow we have no inflation, perhaps even deflation. Deflation is bad, in theory. It means everybody wants dollars and nobody wants your stocks or real estate, as was the case in 2008. But don't worry, concerned citizen, the US Government is here to help. You see, the Federal Reserve, can lower rates by printing more money. It's more complicated than that, but the net effect is that money is printed to create lower rates.

Since rates have been lowered on your deposits in the bank you are tempted to invest that money in dividend-paying stocks, rental properties or any asset class that can pay you more than .003% a year. Invariably, this means you must take more risk and get your money moving. This cures deflation and moves the velocity of money faster through the virtuous cycle.

At some point, too much money is going too fast through the system and we have inflation. Inflation is good, in theory. It makes your fixed mortgage payment more manageable over time. It makes the price of the stuff you invested in go up, everybody wants your real estate and not dollars. And if inflation gets to the point that we can no longer afford our bread and circus, the Federal Reserve will once again come to our rescue. The Federal Reserve, through its hidden levers, will simply raise rates. When rates go up you are more likely to park your money and earn risk-free interest. And you certainly won't be taking out loans in a higher interest rate environment. This puts the breaks on the velocity of money and the inflation it creates.

The Velocity of Money in Practice

The explanation I've given you is how it's supposed to work. So when the deflation struck and the markets crashed in 2008, quantitative easing (QE) was devised to kickstart the economy. However, there were some unintended consequences.

First, all that printed money didn't make it into the hands of John Q Public. Instead, much of it stayed in the excess reserves of commercial banks. These institutions had been on the brink of bankruptcy. Too many of the people who owed them money couldn't pay them back. When the auditors came knocking these commercial banks were in big trouble. When the bailouts and QE were announced, the post-traumatic stress and tighter regulations meant these banks were simply taking the printed money and piling it up in the vaults to build up their reserves. And besides, why would they loan this money out at such low rates to just anybody? Why take that risk?;

Next, when the money finally made it's way into the economy it went to the safe borrowers: big corporations. The old adage is that if you want to get a loan from the bank you have to prove you don’t need one. Most Fortune 500 companies didn't need it for new factories or supplies in a deflated economy circa 2009-2012. But if they could get low interest loans and buy their own stock they would increase shareholder value. Everybody is a winner. The stock market goes up and still no inflation because the money hasn't circled through the economy down to John Q Public.

Slowly, imperceptibly the economy has sped up. Unemployment is at record lows as I'm writing in February of 2018. Wage growth is on the rise, GDP has been strong for 4 straight quarters. But, to the bewilderment of many, inflation is negligible. Are we living in a Goldilocks age of perfect conditions or are we frogs in hot water?

We'll continue this thought in our next blog. However, if you'd like to know how this nail biter ends, click here.