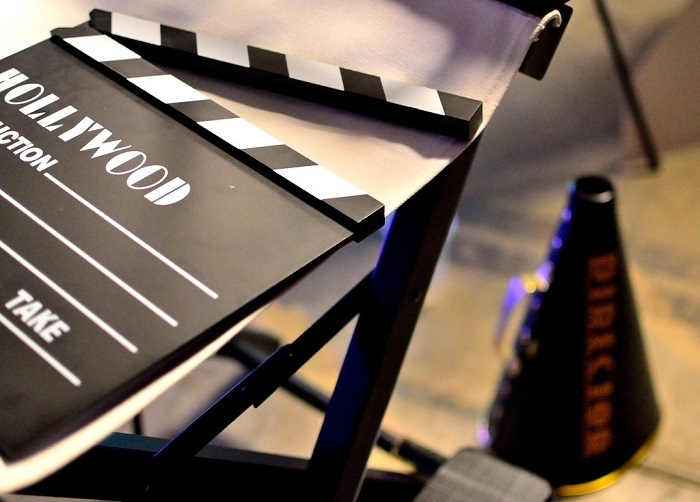 Before I got into financial services, I worked as a camera assistant in the film industry for several years. I worked and lived in both Orlando, Florida, and Los Angeles, California. Whether I was working on commercials, television series or feature films, the hierarchy of management was similar. In the camera department, being a second assistant camera (2nd AC) meant I took instructions from the first assistant camera (1st AC) and director of photography (DP).

While I enjoyed the work, I mostly enjoyed being able to work directly with my younger brother, Josh, who is a 1st AC and still works in the industry. I enjoyed working with Josh because I knew if I had a suggestion, I could make it, and he would listen. And he knew he could give me tips on ways to improve, and I wouldn't take it personally. It became such a smooth operation that we basically knew what the other person was thinking, and all tasks were efficiently handled. Eventually, I got stuck on a streak of jobs where I wasn't with my younger brother and realized how crazy and tiring life on set could be. There came a point when I no longer enjoyed the work to the same degree. I found the level of insecurity from those in higher-ranking positions baffling.

Because the camera department seemed to be a particularly insecure bunch, it was a fine line between pointing out a mistake and just keeping your mouth shut. I've witnessed numerous 1st AC's make legitimate and warranted suggestions to the DP. However, quite often that marked the end of their role on that project or any future projects with that crew. Like I said, there was a high level of insecurity. Those in higher positions were not fond of opinions from low men on the totem pole.

I recently listened to the audio book, Principles, from billionaire investor and owner of Bridgewater Associates, Ray Dalio. He speaks about their radical transparency at Bridgewater Associates and their idea meritocracy. They want everyone in the office to participate and give feedback. Whether you are the intern right out of college or a seasoned veteran in the industry, Ray Dalio wants to hear everyone’s opinions and critiques of one another's ideas - including honest feedback from his staff about his own ideas. He believes in this model, and Bridgewater Associates has gone so far as to build an algorithm to track this information. All employees input their opinions in real time on handheld devices during meetings. They then review the data and try to help each other improve by sharing candid feedback.

One of the many reasons I enjoy working at Privada Wealth Management is that owner Rey Descalso has an idea-meritocracy approach similar to Ray Dalio's. I've never witnessed a good idea being shot down simply because of the job title you hold in the company. Same goes for pointing out mistakes. Everyone here at Privada Wealth Management wants to hear the best ideas and solutions, even if it's not your area of expertise. If you have a suggestion or opinion, share it. Everyone has their strengths and weaknesses, but feedback from all is appreciated and encouraged. It creates a refreshing work environment.

In my opinion, this is how every company should be run. There's no reason that good ideas should be ignored merely because you don’t hold the title of CEO or have a Master's degree in that field of expertise. And the same goes the other direction. Maybe the CEO has tips and tricks outside his expertise that could benefit employees and help them become more efficient.

No one individual will ever know all the answers. However, through a team approach, with honest feedback, all can work together and create a highly productive team. Don't be insecure if someone appears to know more than you. Instead, learn from them, recognizing that in certain areas they will learn from you. If you would like to find out more, click here.