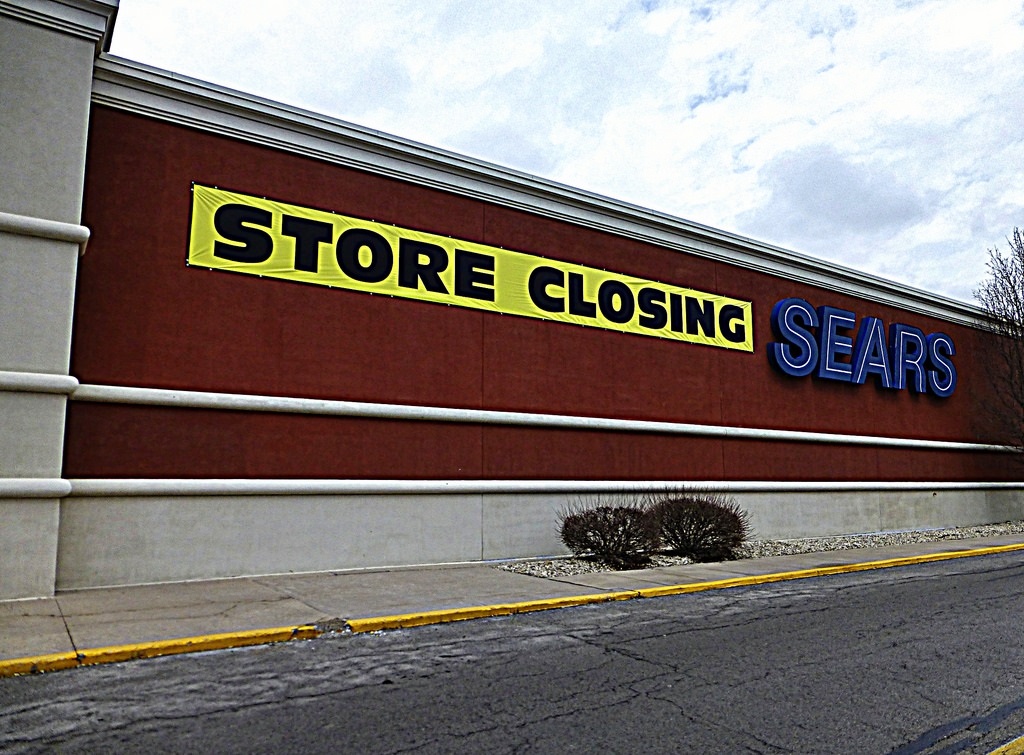 The Fruit of all Hubris

It has been said that the love of money is the root of all evil. Can I be so bold as to add a corollary to that axiomatic statement? The love of a stock is the fruit of all hubris.

Sears has filed for bankruptcy. The mall anchor and American Icon that many of us remember has finally pulled the trigger and set up the bankruptcy process. Many store locations that once sold everything will close by the end of October and even more by the end of the year. This is no surprise, of course. Those who follow the company have known that competition from the internet and changing buyer behavior left few options for CEO and billionaire hedge fund manager Larry Lampert. 1

It’s estimated that Mr. Lampert and his hedge fund ESL had $300 million invested in Sears stock. He helped Kmart and Sears merge in 2002 and kept adding cash to the company over the years. He finally took the helm as CEO in 2013. The stock is now worth less than a dollar as of October 16, 2018. Click here for details. 2

You should know that before Sears,Mr. Lampert was known as a successful stock picker. He started in 1988 after three years at Goldman Sachs. His hedge fund performed well. 3 He was touted in the industry as a young Warren Buffet. He was a billionaire several times over by the age of 43. So what happened? How could such a brilliant guy not see the signs? How could an analytical brain throw good money after bad while his $13 billion hedge fund shrunk to a little over $1 billion? How could he not hear the advice of friends, family and analysts since the recession of 2008? 4

I don’t know for certain what happened. But I have two possibilities. Angelism and sunk cost.

Angelism is a fallacy used by politicians where they tell their audience that they can make objective decisions untouched by the emotions of mere mortals. What’s sad is that these politicians may actually believe this fallacy about themselves. I suspect Mr. Lampert, if he’s a human being, has been touched by this affliction as well.

Sunk cost, which I’ve written about before, is a fallacy where we hang on to a losing situation or, worse, throw good money after bad. This can apply to personal relationships, business contracts and investments. We do this because of loss aversion, primarily. “It’s not over if he hang on one more day, we tell ourselves. All (Insert stock name here) needs is a little more money and a little more time.”

But this isn’t to pick on Mr. Lampert. When it come to investing this can happen to the very best. Consider Bill Ackerman’s bulldog loyalty to betting against Herbalife. Look up Julian Robertson and US Airways. All of these hedge fund managers are smarter than you and me put together. But they are human.

So what hope is there for you and I. Let me propose three lessons we can learn.

On second thought, consider outsourcing the last two lessons above. It’s difficult to manage your money because you are closer to it emotionally. Another pair of eyes can help create a bit more impartiality. Consider hiring a financial planner in this process. Got questions, click here.