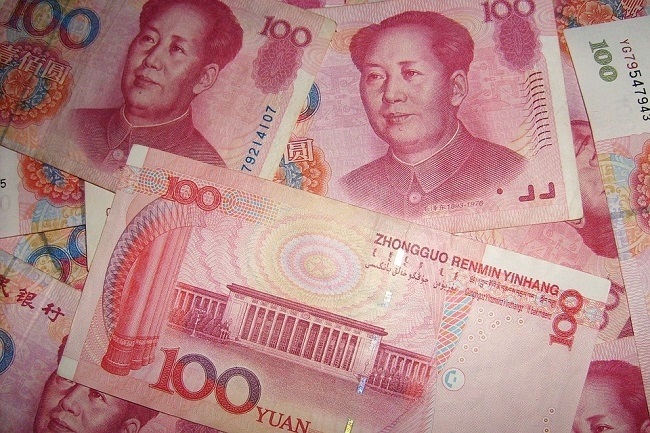 Historically, the Federal Reserve has had a dual mandate: Keep unemployment and inflation low. The idea is that lower interest rates mean it's easier for businesses to borrow capital to hire more workers. This increases production. As prices for those good rise or inflate, the Federal reserve can make money more expensive by raising rates. Less money chasing after more goods and services will steadily temper inflation. As my kindergarten-aged daughter would say, Easy, peasy, lemon squeezy.

Of course, it's more complicated than that by an order of magnitude. Adding to the complication is a third mandate. In several tweets, President Trump appears to be speaking to the Federal Reserve and by default, the American People about a new reason to cut rates: currency manipulation by China. 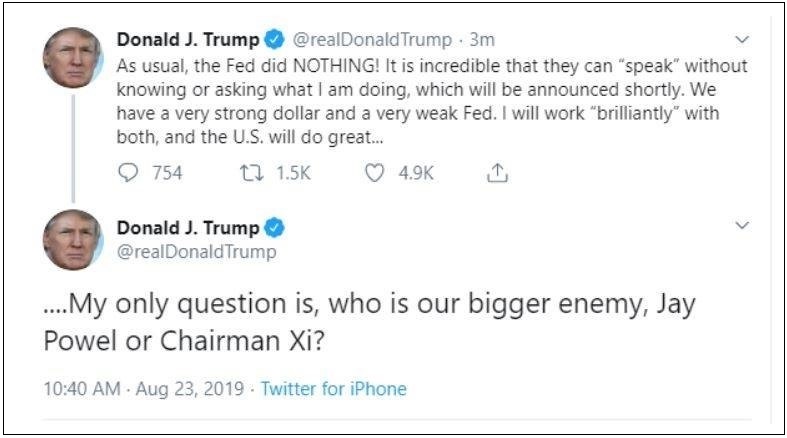 Shortly after, President Trump tweeted a request for American businesses to find another country to do business in:

"Our great American companies are hereby ordered to immediately start looking for an alternative to China, including bringing your companies HOME and making your products in the USA."

Trump's basis is that when other nations manipulate their currency it puts the US dollar at a disadvantage. China can lessen the pain of American tariffs giving China an unfair trade advantage. Be that as it may, President Trump realizes this is a public relations battle, not an economics lesson. Pressure to lower rates may become a popular idea. And as news continues to come out about fentanyl from China, intellectual espionage and human rights abuses, fearing China will only get easier.

Between now and the 2020 Presidential election, Trump needs a growing economy and a stock bull market to continue. He knows that lower rates, for all the long-term risks, will help his short term prospects.

As a long term investor, keep your eye on the Federal Reserve. While the pundits make note of low inflation and low unemployment, remember that there may just be a third mandate in play. Furthermore, there is a Commander in Chief willing to use social media to sway the public to his point of view.