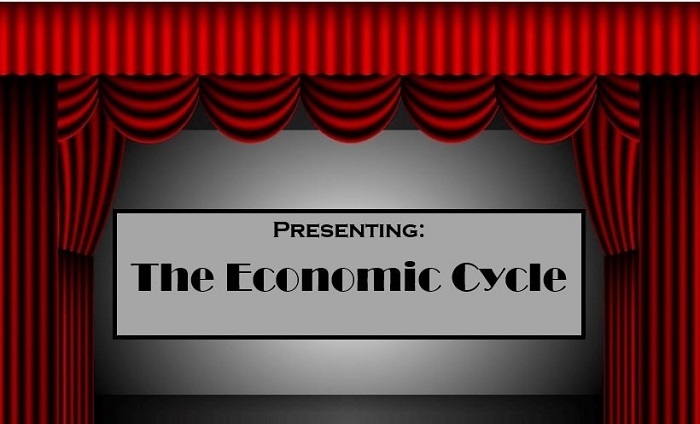 The Economic Cycle: A Play in 6 Acts

In my last blog, I noted that inflation as measured by CPI had jumped from 2.6 to 4.2% in April. The obvious significance to you in the next few weeks and months are higher prices. But there's a course of events that have happened in the economic cycle that tends to repeat. Well, that's not exactly true, it doesn't repeat, it rhymes. Economic cycles never happen on a set schedule. But there are actions and reactions that happen and we should be ready for them.

For a host of reasons, an overheated economy slows down and sometimes crashes. Think 2001 or 2008. Our dear leaders in Washington and Wall Street take heroic actions to get reelected and bail themselves out. By saving themselves, they are saving you, after all. You're welcome.

The one trick they have is printing money. The money typically goes from taxpayers, present and future, and is redistributed to big banks and pet projects. In 2020, we got stimulus checks, which was nice when compared to the bank bailouts of 2008.

In 2020, over $4 trillion dollars was printed. Going forward we may have $1.9 trillion printed for infrastructure. Some of that money actually goes to people and infrastructure. But where it ends up is what's most important. Whether people or corporations, we all just want to get the most return for the least amount of risk. So when money that's been printed finds you, you try to find a bank account that pays 10% interest.

Unfortunately, interest rates are slightly lower than 10% at your local bank so you look around at where you should put your cash. If the stock market has been going up for ten years, it makes sense to put some of the money there. Real estate has performed nicely and they're not making any more of it, so money finds a nice home in real estate. There's also electronic forms of money called cryptocurrency. Elon Musk has tweeted about them, and he's a genius, so people and corporations like Telsa put some money there. Prices in all of these assets go up as money finds a place where it is treated best.

Bonds aren't great, since interest rates are low. More on that later.

Stage Three:  Fear of Missing Out

If you thought peer pressure was for middle school, I've got news for you. Peer pressure is what drives markets. If you're the CEO of a large company you don't want Elon Musk getting all the publicity. If you're a retiree, you've got more free time to be a stock jockey and brag on the golf course. If you're an employee for a large business, you don't want to be stuck in the rat race, you want to break free by building your Air BnB empire.

Everybody's doing it. Everybody's talking about it. Millionaires are being made. After years of missing out, you realize it's time for my money to do the same. This virtuous cycle creates rising asset prices and everybody is happy.

Unfortunately, asset prices going up has a dark side. It's fun to buy an oil field as gas prices go up. It's not fun when you have to fill up your pick-up truck. The principle works for every industry. Medical costs rise, education costs, rent goes up, gas prices increase, food costs more, hiring people gets expensive. It's been fun if you're the producer, owner or provider of goods and services. But as a consumer you're not amused. So you have to reduce your spending.

Seeing this inflation, the heroes at the Federal Reserve raise interest rates. This helps tame inflation as less dollars are chasing more goods. The goal is to tame the cost of living. Another plus is that now interest rates on safe money like your bank account and Treasury bonds are starting to look really good.

As I stated earlier, money finds the place where it's treated best. At some point, it doesn't make as much sense to put your money into overpriced real estate or equity markets. Why? Because you can get 3% on your checking account, 5% on a one-year CD or 7% on a ten-year Treasury bill. Now these numbers aren't absolute indicators, but they illustrate a point.

If real estate or equity, with all of their risks and volatility get 7 or 9% returns historically are they really worth the risk when compared to 5 or 7% on something much safer. Again these percentages are generalizations. But everyone with a dollar is trying to figure out where to get the most return for the least risk. And at some point there's an inflection where people will settle for safe money. Cash is no longer trash and bonds are no longer the ugly duckling.

As money moves from riskier to safer asset classes, we see volatility in the respective markets. The fear of missing out on making money turns into the fear of being the last guy on the Titanic. The music will stop and you don’t want to be the only one without a chair.

Markets crash and we all look for someone to blame. Then we cry out for our heroes in Washington and Wall Street to rescue us.

So there you have it. A play in 6 acts, a tale as old as time. Obviously, there are several other exogenous factors. Planes crashing into buildings and pandemics come to mind. Also, we don't know how long each stage will last. Bear markets and bull markets typically outlast our resolve, which is why they come to end.

Let me know what stage you think we're are now. Click here