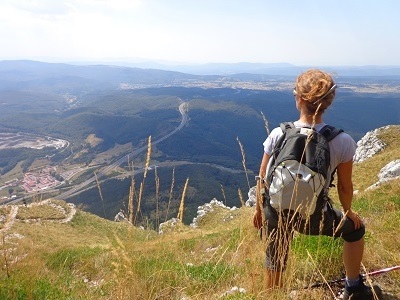 The Dangerous Descent into Retirement

Let’s say you want to climb a mountain. What’s your goal?

The goal is to get to the summit and safely get back down. When I was in college a guy named Jason climbed a sheer rock face 100 feet high. On his way back down, the testosterone wore off. He had no idea how to safely descend. Unfortunately, the rock face was at the side of a very busy road and I got to watch him rescued by firefighters. If you’d like to verify this story, contact Jason here.

But, Jason if you are reading this, you are in good company. In fact, the British Medical Journal published a report that found that only 15% of deaths occurred while ascending Everest.

It is the descent that’s the most dangerous.

So, what does this have to do with you?

Consider your years of saving and accumulating as climbing the mountain. If your investments suffer a major decline, you have time for them to come back. Furthermore, you have the opportunity to buy more investments at a lower price, thereby dollar cost averaging. The volatility may not be fun, but it’s not a deal breaker. When your returns occur doesn’t matter as much as your average return. Your good years could be in your first or last years of accumulation, the result is the same. What matters is the Average Return.

Now consider your years of taking a lifetime retirement income as descending the mountain. If your investments suffer a major decline, you don’t have time for them to come back. Furthermore, you are not putting more money in, you’re taking income out. Those dollars taken out are no longer available to experience potential growth in the investment. Your average return is irrelevant if you experience a major decline early in your retirement income years. It’s called the Sequence of Returns Risk.

In this chart from our friends at BlackRock, we see two different scenarios with the same average return, but opposite sequence of returns. When you are not taking income, it looks like this: 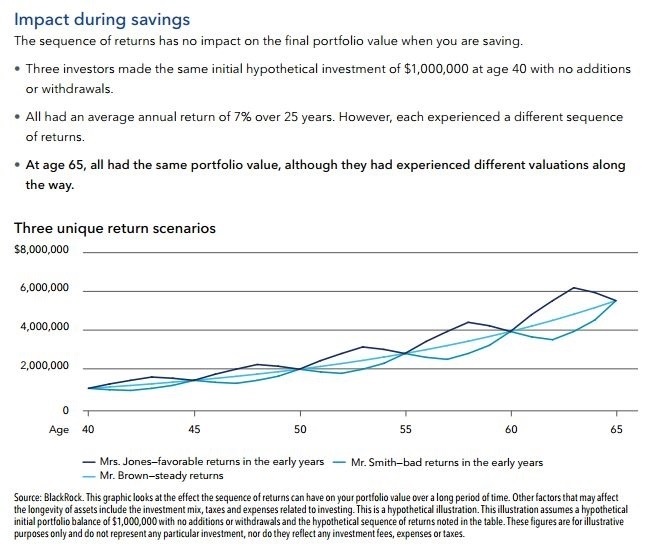 However, the same scenario when you are not taking income it looks like this: 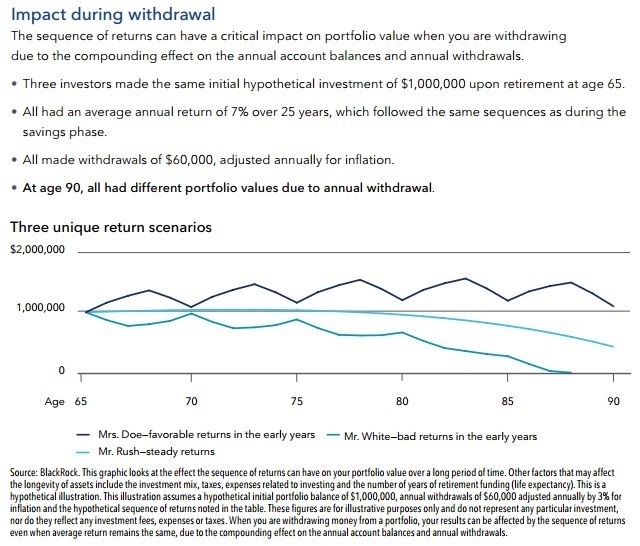 The five years before you retire until the five years after you retire have been called the “Fragile Decade.” It’s a time in your life when dramatic losses can increase the likelihood that you will have to lower or suspend income from your portfolio. So, what do you do to guard against this? Your options in the "Fragile Decade" would be a combination of spending less, delaying retirement or increasing the amount of guaranteed income you’ll have in retirement. Covering these topics with us at Privada Wealth Management will give those living within the “Fragile Decade” a firm grasp on the task ahead and clarity to plan appropriately. Feel free to contact us, if you would like us to review your situation.