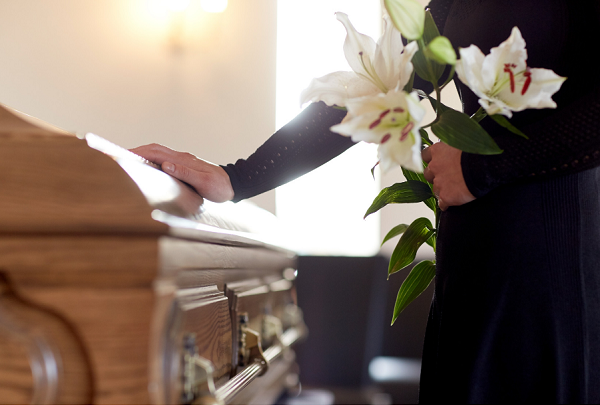 My uncle Steve died unexpectedly and we had his funeral service the Sunday before Thanksgiving. He was a gentle giant of a man and only 54 years young. His passing was deeply painful to my family and it jarred me out of the hypnotic monotony of life as usual. Allow me to share some observations that are worth remembering.

Don't take People for Granted
I regret that I didn't spend more time with my uncle. He's only nine years older than me, more of an older brother than a proper uncle. Over time our worldviews had grown similar. He was always a bleeding-heart socialist railing against crony capitalism. I was always free-market robber baron in training. In the last few years, we came to realize the our respective worldviews were cartoons obscuring the principles of non-aggression and human charity. We never finished that conversation.

Why should we finish that conversation. There was always going to be another tomorrow. Until there's not. In every person, I find a teacher, something I can learn. But with Steve, I too often overlooked the opportunity. Now I'm reassessing the family, friends and colleagues in my life. I don't want to take them for granted. I want them to know I appreciate them and I want to learn what they can teach me about themselves and myself.

Forgive People
When I was about thirteen, my brother and I had a motorcycle with a lawnmower engine. It was a piece of junk, but what did we know. Steve was helping us to get it to work. We couldn't get it started. He was tinkering with the engine and I pulled the starter cord. It slipped from my hand at full extension and snapped back and nailed him on the hand. He winced and walked away. Before I realized what I had done and could apologize he shook it off and said, "No big deal."

Steve wasn't dealt a great hand. He often found himself in an unfair situation or slighted or cheated or mistreated. Yet, I never heard an angry or derogatory complaint. The reason he was so loved by family and friends was because he only chose to see the good in them, over and over again.

Don't Delay Your Pleasant Dreams
Steve was a dreamer. He told me he knew karate. He told me that the Steve Miller Band was named after him. He had big plans. He was going to move to Tampa. He was going to move to Portland. He was going to... We have that in common, Steve and I. Probably all of humanity. Steve has taught me that time passes imperceptibly. All of the sudden you wake up and your 54 years old. Steve's steady, patient nature that made him so lovable betrayed him. Or maybe he just thought he had more time to for pleasant dreams.

Steve's final gift to me was in reminding me of the gift of life, punctuated by the urgency of mortality. One of my father's favorite poems is Thanatopsis, by William Cullen Bryant. It ends with a challenge to die well. Not in fear of losing life, but in gratitude for having lived it well:

"Thou go not, like the quarry-slave at night,
Scourged to his dungeon, but, sustained and soothed
By an unfaltering trust, approach thy grave,
Like one who wraps the drapery of his couch
About him, and lies down to pleasant dreams."