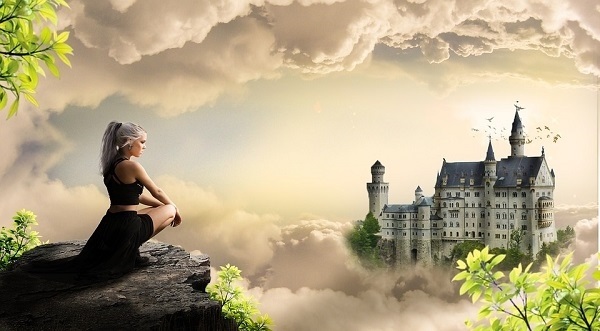 Disclaimer: This is a made up story, a parable. It never happened and probably never will. Any resemblance to actual humans is coincidental and besides the point. What follows is not a description of a specific security nor is it the solicitation to invest in a fairy tale.

Once upon a time, in a land far, far away there lived a very wealthy man who had three children. The oldest were twins and were different in almost every way. Charisma was a rambunctious, fun-loving girl always seeking adventure and very easily bored. Her twin, Hector, was quiet, dependable and liked a steady routine. The third child was ten years younger. Her name was Sophia and we'll talk about her later.

When the twins turned twenty, the wealthy father called them into his study and sat them down in leather brocaded chairs. He told them that they had to decide how their inheritance would increase. The father would make sure that their money increased as long as he lived. When he died whatever they had at that time was theirs to do with as they will.

He offered them both the same two options. The first option was for their money to increase by 7% for the first two years, but then they would have to pay him back 7% in year three. The second option was for the money to increase by 2.25% every year. Charisma, without hesitation, chose the first option. After 42 minutes of intense deliberation, steady Hector chose the second option.

In the first two years, Charisma was insufferable as she watched her money increase much more than Hector's. Their father had originally given each of them $1 million dollars at the beginning. After two years, Charisma had made $144,900. Poor Hector only had $45,506.25. But Charisma forgot that she had to "lose" or give back 7% in year 3. She wasn't concerned, until she saw the numbers. At the end of year three, she gave back $80,143. She was furious when she realized that Hector had $4,273.14 more than her. Hector quietly smirked. How could this be?

This dysfunctional family dynamic continued every three years for ten years and then Sophia turned 20. Her father sat her down and explained Options 1 and 2. But she needed no explanation having seen the performance over the last decade of her siblings' wealth. Sophia was wise and asked her father which option was the best. His answer was "It all depends on when I die. If I am struck by lightning in years one or two, then Option 1. If I slip on a banana peel in year 3, Option 2."

Sophia told her father she had decided on Option 3. Her father let her know there was no Option 3. She reasoned with him that she simply wanted half of her share in Option 1 and half in Option 2. It had never occurred to her father, Charisma or Hector to combine the strengths and weaknesses of both Options.

The moral of the story? Sophia in Greek means wisdom. Be wise in the face of uncertainty and diversify.