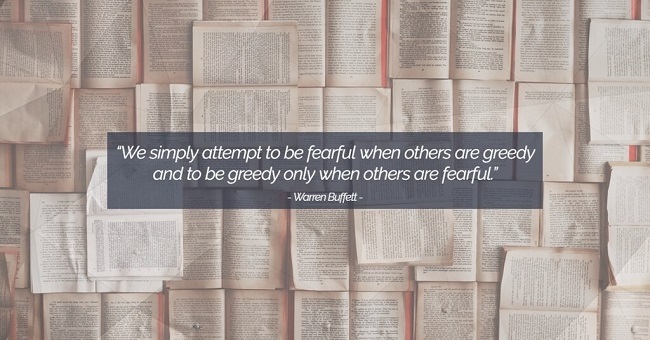 Quotes: Free Advice Worth Listening To

One thing I've learned over the years: Learn from other people's mistakes to avoid making them yourself. Given that I have a passion for anything related to the stock market, I've studied the words and habits of some well-known traders, investors and observers. It's a never-ending journey, as there's always more to learn. And one good way to learn is to listen to what others before you have said. It's free wisdom. And it may keep you from making costly mistakes.

I often forget how much I appreciate a good quote. To some, a quote may simply be just that: a quote. That's all the reader may take away from it. Personally, I like to dig deeper to understand why the statement was made. Following are just a few of the many quotes I've come to deeply appreciate - some for their insight and some for their humor. See if they resonate with you like they do with me.

"The stock market is always there. It has been there for centuries, and it lives longer than anyone of us here. Therefore, don’t rush and trade all your capital like there is no tomorrow." - Benjamin Lee

"Markets can remain irrational longer than you can remain solvent." - John Maynard Keynes

"Do not underestimate the power of a raging bull and the strength of a bear in the stock market. Both have the power to trample you to death if you fight against them." - Benjamin Lee

"Every day I assume every position I have is wrong." - Paul Tudor Jones

"If you can't take a small loss, sooner or later you will take the mother of all losses." - Ed Seykota

"In investing, what is comfortable is rarely profitable." - Robert Arnott

"Only those who are asleep make no mistakes." - Ingvar Kamprad

"The four most dangerous words in investing: This time it's different." - Sir John Templeton

"Those who do not remember the past are condemned to repeat it." - Benjamin Graham

"Successful investing is anticipating the anticipations of others." - John Maynard Keynes

"It's okay to be wrong; it's unforgivable to stay wrong." - Martin Zweig

"You get recessions, you have stock market declines. If you don't understand that's going to happen, then you're not ready: You won't do well in the markets." - Peter Lynch

"October: This is one of the peculiarly dangerous months to speculate in stocks. The others are July, January, September, April, November, May, March, June, December, August and February." - Mark Twain

"Unless you can watch your stock holding decline by 50% without becoming panic-stricken, you should not be in the stock market." - Warren Buffett

From the quotes I've shared, the common theme is that the stock market can put you in many uncomfortable situations. Even those who are considered some of the best in the business realize that on any given day they may be placed in a tough position. They too have had setbacks over the years. However, we can learn from their past experiences and attempt to avoid as many pitfalls as possible. Learn from your mistakes. And as Winston Churchill said, "Success consists of going from failure to failure without losing enthusiasm." If you would like to find out more, click here.