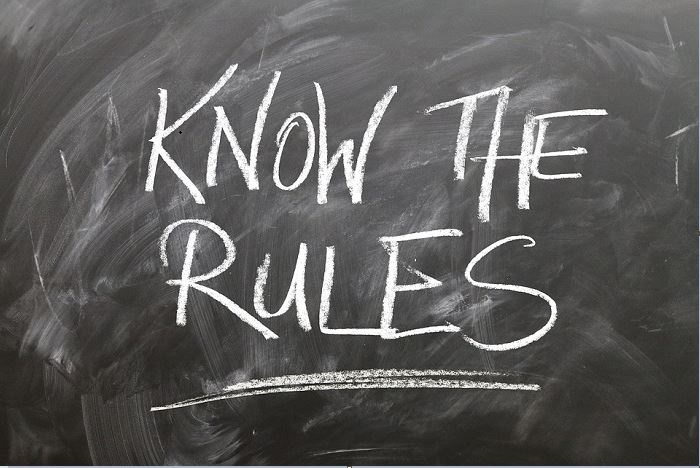 If I were to ask someone what their ideal investment portfolio is, I would expect their response to be, "I want 100 percent of the upside with zero drawdowns." Well, that quite frankly is impossible. However, I want to explain a little bit about following a rules-based strategy and how we might attempt to compromise. A rules-based strategy is one in which you have predetermined rules that you will follow. If X happens, we sell. If Y happens, we buy. These are quantitative rules which are not emotionally driven and do not change. Once triggered, you simply react until the next rule is triggered.

Following rules-based strategies certainly won't always capture all the upside. Although, sometimes it may. And even more so if you have high risk-tolerance. And rules-based strategies certainly won't keep you from experiencing drawdowns. Yet, they may help to limit those drawdowns and allow you to stick with a strategy that could perform quite well over the long term.

We have now established that no strategy is perfect or without drawdowns. However, following a rules-based strategy - timing entries and exits - could possibly be something that fits your personality. I will take a hypothetical example and break it down into further detail to give realistic expectations on how one would expect such a strategy to perform.

The example below is hypothetical but illustrates what you might see over the long term. The benchmark used in this illustration is the performance of the S&P 500 over the time frames under consideration, marked by the red line. For this illustration I’ve input a simple rule that, when triggered, moves this hypothetical $1-initial-investment portfolio to cash. You will notice that the blue line in the first image below, which is the hypothetical portfolio, becomes flat from approximately 2000 through 2003. Then again from 2008 through 2009. It also goes flat for a brief period in 2010, 2011, 2015 and 2016. This is what you would expect to see as the portfolio moves in and out of cash. When in cash, the line goes flat because you are no longer invested.

When we view this hypothetical example over a longer period, it has outperformed the market quite well. However, the point at which you enter this strategy and your timeframe can drastically change the performance. 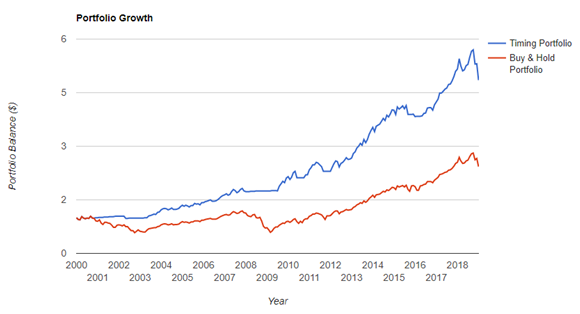 By being in cash, you are attempting to sidestep a portion of the downtrend and catch as much of the upside as possible. It will still have drawdowns; however, you are hoping to reduce those drawdowns to give a leg up in the next bull market. On the other hand, you may be late in entering the next uptrend.

2000 through 2018 (hypothetical illustration of portfolio drawdowns) 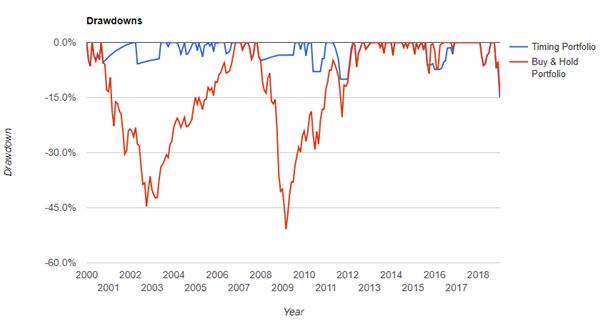 If we separate the years and look more closely at different time periods, we can get a different perspective. Below, we have shortened the time frame and have begun in 2008. It still has performed quite well because the rule signaled moving to cash during the prolonged downtrend of 2008, giving you a leg up when reentering in 2009. But, this is not always the case, as we are about to see. 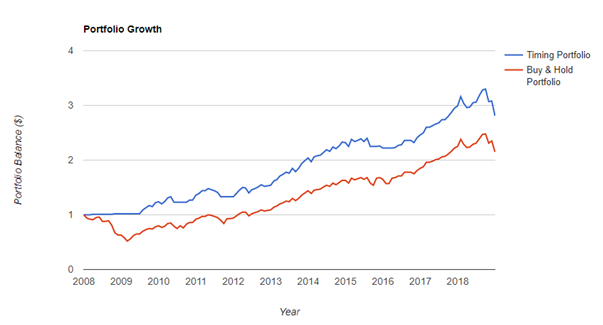 Let's imagine you began investing in 2013. Below we see we are following the market closely and neither outperforming nor underperforming from 2013 through the beginning of 2015. In 2015 the rule was triggered, causing this portfolio to move to cash. Unfortunately, this was a false signal and the market rebounded quickly. We fell victim to what is known as a whipsaw. This caused the strategy to buy back into the market late, and a slight underperformance began. 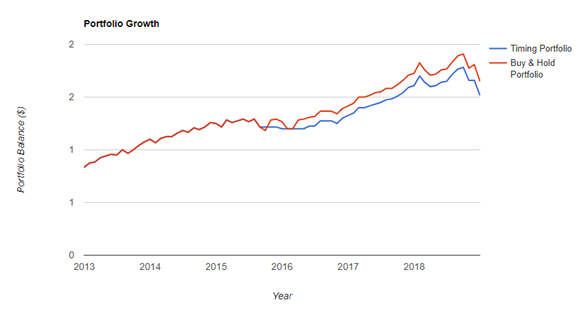 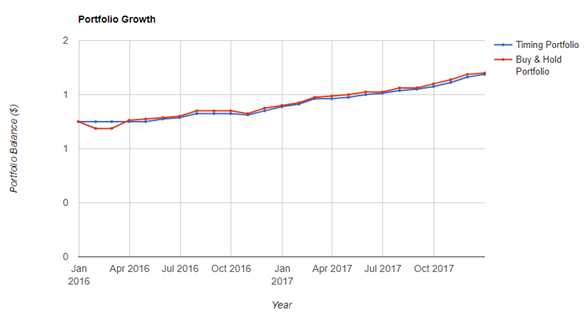 I think it is important to look at the big picture and then also break things down into smaller time frames. This allows us to have reasonable expectations. Billionaire investor Cliff Asness once said, "I used to think that being great at investing long-term was about genius. Don't get me wrong, genius is still good, but more and more I think it's about doing something reasonable, that makes sense, and then sticking to it..."

The main reason for splitting the time periods and showing the close-up view is to make clear that underneath there is a lot going on. If we were to only focus on the big picture, from year to year we might feel like the system was not working. It all comes down to timeframe, when you started investing and the market conditions that follow. If you began using a system such as this in 2008, you are on cloud nine thinking it's an amazing strategy, and most likely you've stuck with it. If you began in 2015, you may feel a little disappointed due to the slight underperformance. Or you may have given up and not allowed the strategy to show what it's capable of over one's investing lifetime.

One of the biggest misconceptions when using strategies like these is that people can have unrealistic expectations. This is by no means the holy grail of investing. There is no holy grail in investing. It certainly will not protect you from every market correction, and it is not designed to. The purpose is to sidestep the prolonged downtrend and move to capital preservation during those times. Markets ebb and flow and go through many different cycles. One week, one month, or one year does not prove whether a strategy is good or bad. However, it's important to find the strategy that fits your timeframe and goals and stick with it. Personally, I feel rules-based strategies allow us to stay disciplined and let our investment plan play out. If you would like to find out more, click here.