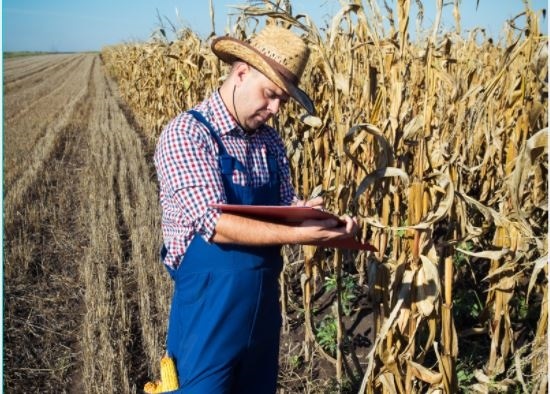 Farmer Bill and his Three Sons

The tale is told of a farmer named Bill and his three sons. There are several lessons that can be learned.

Bill's oldest son, Luke, was in charge of the day to day. He fed the chickens, cleaned the stalls, cooked the meals for the family and gassed up the equipment. He worked seven days a week only taking off a moment or two for holidays and birthdays. His life was boring, just like his daily mundane task list. He never married, never had kids because he never had time. And besides his personality was a bit dull and he really had no ambitions to speak of. He was consistent and always available for the day to day on the farm. He was never sick and he never missed a day of work.

Bill's second son, Freddy, was a year younger than Luke. Freddy was in charge of the monthly harvest. You see the farm had lots of different crops and different types of animals. So for a week every month, Freddy would harvest one of their many crops, gather eggs or take some animals to the butcher. Unlike Luke, he didn't work everyday. Just one week a month was all he could muster. He'd spend the rest of the month resting and recuperating, letting the animals and crops grow. Like Luke, he was consistent, but he was in charge of more complicated, demanding tasks. So while he worked hard, it was a different kind of work.

Bill's youngest son, Hunter, was ten years younger than Luke. He was a character. At an early age, he hated the day to day work that his brother Luke tried to delegate to him. Freddy tried to rope him in on the monthly harvest, but even that was just too boring for a young man with Hunter's ambition. Luke and Freddy were doing a great job so Bill told Hunter to take some money and find farms or livestock to buy. Hunter's job would not be the day to day, or month to month. Instead, he would help grow the empire by acquisition. So Hunter took some money and set out on a journey. They didn't hear from Hunter for a year when a letter arrived. In the letter, Hunter explained that he lost half the money on a deal gone bad and would need twice again as much to purchase a farm in a neighboring community. It was a high risk high reward chance to grow Bill's enterprise. Bill sent some more money, potentially sending good money after bad.

Luke and Freddy were furious. Here they were toiling daily and monthly and Hunter was out gallivanting through the countryside spending their inheritance. After hearing their complaints, Bill explained to the two older brothers that Hunter didn't operate on the same time frame they did. Luke had to produce day to day, Freddy was obligated to produce month to month. Bill told them that if he didn’t see any results from Hunter for five to ten years, that would be just fine. Furthermore, if Hunter needed more money, Bill was ready to send it. Luke and Freddy were incredulous. Then five years to the day Hunter returned.

When Hunter came back he gathered the family and their hired hands together and recounted his adventures. The entire story could fill a dime store novel; suffice it to say there were great tragedies and triumphs. The end result was that Hunter had taken the money his father had given him and successfully purchased another farm. Now Bill's empire was 33% larger than it was when Hunter set out 5 years ago. Naturally, Luke and Freddy had mixed emotions. On the one hand, Hunter's success meant that Luke and Freddy could hire some help and their inheritance had grown. On the other hand, everybody was celebrating Hunter and they were understandably jealous.

At dinner that night, Bill sensed the tension and addressed his three boys. He told Luke that the reason Freddy had crops to harvest and Hunter had money to use was because of his faithful daily consistency. He told Freddy that because he worked so hard every month there was food on the table and money in the bank. He told Hunter that his appetite for risk, mental toughness and bravery meant the entire family would have rising standard of living and a larger legacy. As the night wore on the boys started to see their differences were their strengths and each strength was essential. The next morning, Luke woke up first and fed the chickens, Freddy milked the cows and Hunter left on another 5-year expedition.

If you don't know how this applies to your retirement, asset allocation or Stability Plan, that's okay. I'm happy to explain. Click here to contact me.