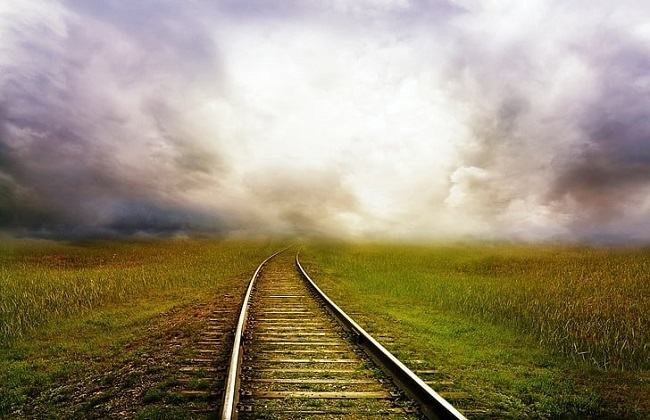 In high school science class, we learn about cause and effect. The sun shines, water evaporates, clouds form and it rains. These cycles of cause and effect happen in the economy as well. Over ten years have passed since the Great Recession. It's hard to believe a global economic crisis was precipitated (pun intended) by inexpensive mortgages given to small-town suburbanites. But that's the nature of cause and effect in finance.

It would be advantageous to see what causes could have a similar effect. If we can spot the storm clouds gathering, perhaps we can better prepare. In an article in the Washington Post,Corporate debt nears a record $10 trillion, and borrowing binge poses new risks, those storm clouds aren’t subprime loans this time. Instead it’s record high corporate debt.

The solution to our last crisis in 2008 was to lower interest rates to zero. This encouraged companies to borrow money at a record pace. In theory, this newly borrowed money would be invested by companies to grow their businesses in a way that benefits the small-town suburbanite: new factories, more production and increased employment. Unsurprisingly, corporations used the funds for investor payouts, stock buybacks, consolidation and other Wall Street wheeling and dealing according to our friends at the International Monetary Fund, Global Financial Stability Report: Lower for Longer.

And then I stumbled upon this chart below from our dear leaders at the Dallas Fed. The mountain graph shows corporate debt as a percent of GDP. The gray bars are what we now know are declared recessions. It's almost as though there's a correlation. Next question: Is their causation? If you want a fun time for the whole family, overlay the S&P 500 chart as well. I think you’ll find 2001 to 2003 and 2007 to 2009 on the chart below were less than stellar for S&P 500 investors. Unfortunately, this chart only goes to September 2018. Over a year later, we are now at 47% of GDP, which is as high as this chart goes. 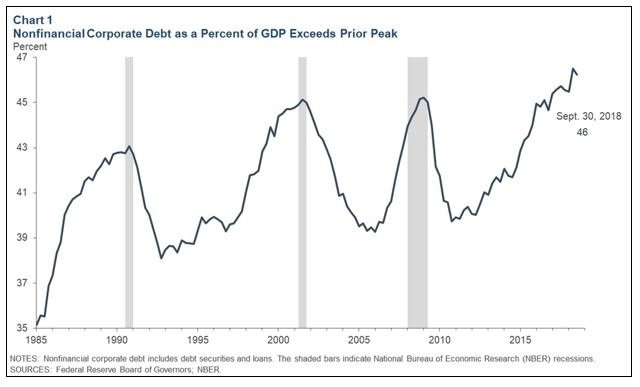 A great scientific question is "Which came first, the chicken or the egg?" My honest, non-rhetorical question is this: Does the higher debt to GDP ratio cause the recession or does the recession cause the GDP to lower relative to debt? Don't know and I don't actually care about either answer. I just want to stay woke to storm clouds on the horizon.

If this doesn't make sense, I'm happy to break it down for you one on one by clicking here.