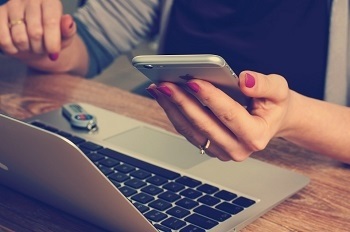 First, a confession. I don’t like budgets, I don’t like tracking my spending. Just like most normal people. But if you are in the midst of the loss of a spouse due to death setting up your new budget is even more complex.

Income changes drastically after the death of the spouse. If your spouse was working when he passed away, that income ceases. If your spouse was taking Social Security, you will only get your Social Security or your spouse’s, whichever is higher. Pensions vary person to person. Some persist unchanged for the remainder of the spouse’s life. Other’s drop down to a lower amount. Unfortunately, some are set up to stop altogether. Sorting through your income streams and sources is the first step, but may take a few months to fully understand.

I’ve seen cases where the husband’s pension and Social Security both stopped at his passing. The wife was left with 39% of her previous income. As we looked at the numbers, I could see the widow’s consternation. The good news is that the husband had life insurance that helped to create a new source of income.

One way your assets change in widowhood is from death benefits on life insurance. It also means that your asset allocation is due for a major overhaul. Why? Because your assets have just had a large (the bigger the better) infusion of cash. Your income needs won’t survive on the interest from your money market account. It’s time for a review.

The financial planning software that I use has a default setting of 66%. The assumption is that once your spouse passes you don’t have the same monthly expenses as before. A silver lining in this transition is that it takes anywhere from 50% to 80% of your two-person household to continue on as a widow. The variables are contingent upon existing debt. Credit card bills and a mortgage mean you’ll need closer to 80% of your income. No liabilities mean you’ll need closer to the 50% amount, all things being equal.

In some cases, I’ve seen drastic life changes to reduce existing debt. Also, we may be tempted to take too much of our liquid assets to drastically reduce debt. Anything drastic during this transition is concerning. Take a deep breath and talk to your financial support team. Debt is no fun, but don’t let it scare you from the frying pan into the fire.

My client’s husband passed away recently. He was a great guy and his funeral was fun and heartwarming. When the widow and I met the first thing we talked about was building a budget. He was the chief financial officer of the family, so this was all new to her. He was also a big fan of Nordstrom’s shoe department. What I’m saying is, he was the bigger spender of the two. When she looked at the credit card bills of past spending she was a bit panicked. She didn’t see how she could support the budget on her portfolio income and his Social Security.

After going over her budget with her I was happy to show that her spending was very much in line with her new income reality. Now that’s a best-case scenario. Yours may be different. We all have needs. Food, shelter, clothing and high-speed internet jump to mind. Those are the fixed costs. Where we need some time and perspective are the wants. These are the discretionary, spice of life expenditures. What life do we want now? How do we modify our spending to align with our new income but also our wants.

So there are the top three reasons setting up your new budget could take longer than you first hoped. Having a financial support team collaborating with you may speed up the process. If you’ve got questions, we would be glad to help. Feel free to call us at (321) 280-9081 or click here.