One of the richest men in the world is advising making large purchases. Jeff Bezos, founder of Amazon, is telling anyone who will listen that an economic downturn is coming. In fact, it may have already started and he’s not sure how long it will last. Now is not the time to buy TVs or new cars. Cash is king when the economy may not support the earning potential that it has over the last ten years. You can read more here.

Think about this for a moment. Jeff Bezos sells TVs online. And he’s saying don’t buy one. Am I supposed to watch my Ultra 4k Amazon Prime download on a 1030p Tv like a common street urchin? Les Miserable indeed. Perhaps, Jeff Bezos feels bad that Amazon is about to layoff 10,000 employees just in time for holidays. Perhaps he sees Amazon as the canary in the virtual, post-Covid coal mine of the world economy.

And this is chilling because cash doesn’t quite have the power it once did. Everybody is celebrating that inflation rose 7.7% annually in October because it’s down for 9.1% in June. What that means is the cash Jeff tells you to stock up is losing purchasing power as it sits in the bank earning far less than 7.7%. 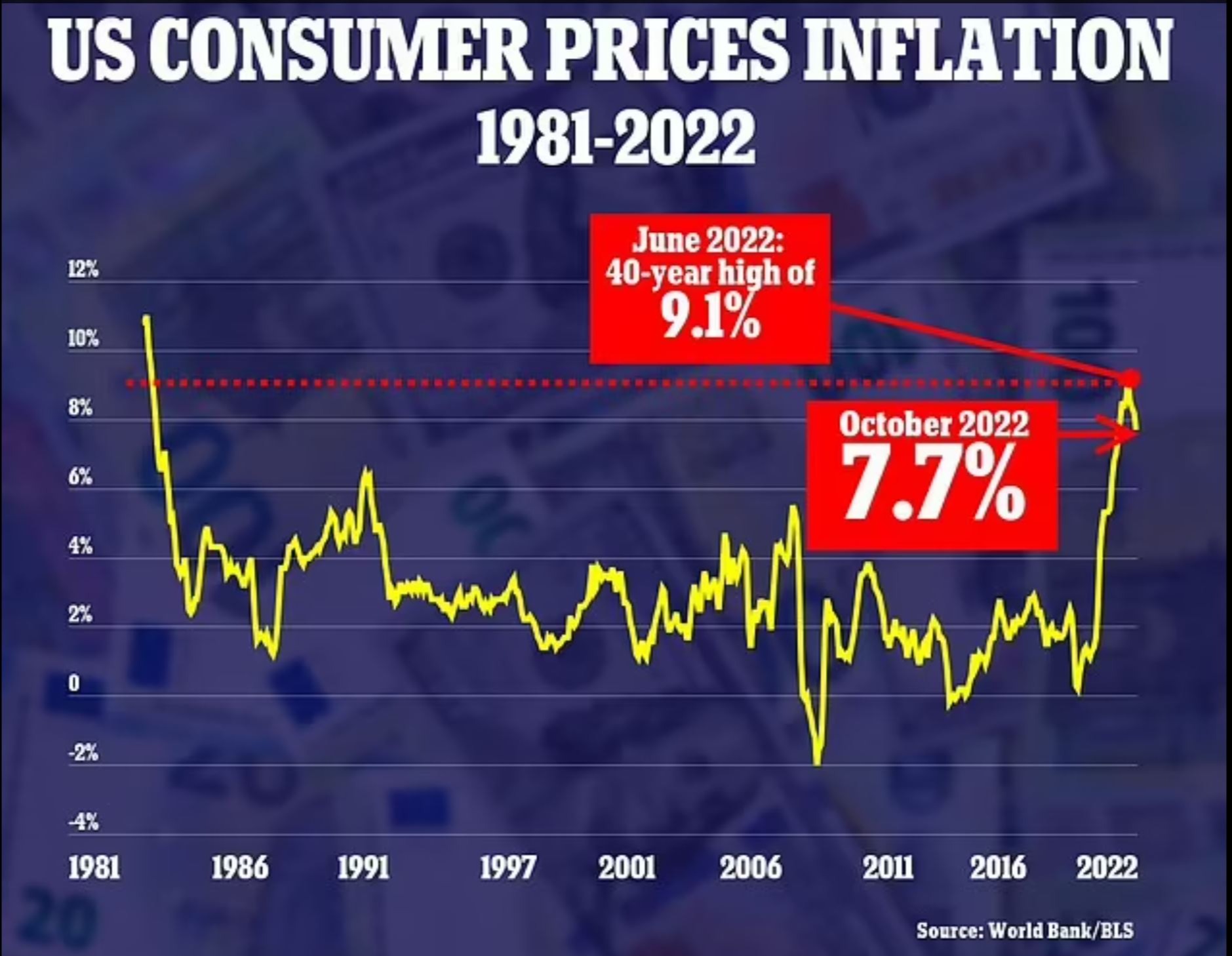 Conventional wisdom would say that inflation makes cash a bad idea. While Jeff Bezos is worth around $125 billion in November of 2022, Warren Buffet is only worth $103 billion, so maybe his advice is 20% less accurate (source) I don’t know how much cash Warren Buffet keeps in his personal bank account but I do know how much he keeps in his investment portfolio. Sort of.

Warren Buffet runs a little investment firm called Berkshire Hathaway. His job is to invest money. He buys stocks but he also buys entire companies and takes them right out of the stock market, by taking them private. He’s done it with railroads and recently with an oil company. Right now Warrant Buffet $108 billion in cash and short term investments. That’s about 16% of his companies value in cash. Keep in mind, his job is to buy things at or below a fair price. He’s waiting for better, lower prices.

The point being that sometimes cash in your savings account and cash in your investment accout isn’t a bad idea. Even in the face of record inflation. If you’d like to discuss click here.